Never judge a tiled floor by its appearance! On this particular occasion, I visited a client at a house in the village of Streatley which is a small village that sits alongside the River Thames as it runs through the county of Berkshire. The requirement was to take a look at a very old Marble floor which was initially believed to consist of Victorian, rather than Marble, tiles due to the pattern. My client simply could not get the white Marble tiles looking their best; many were a displeasing off-cream colour and naturally wanted them looking new again. 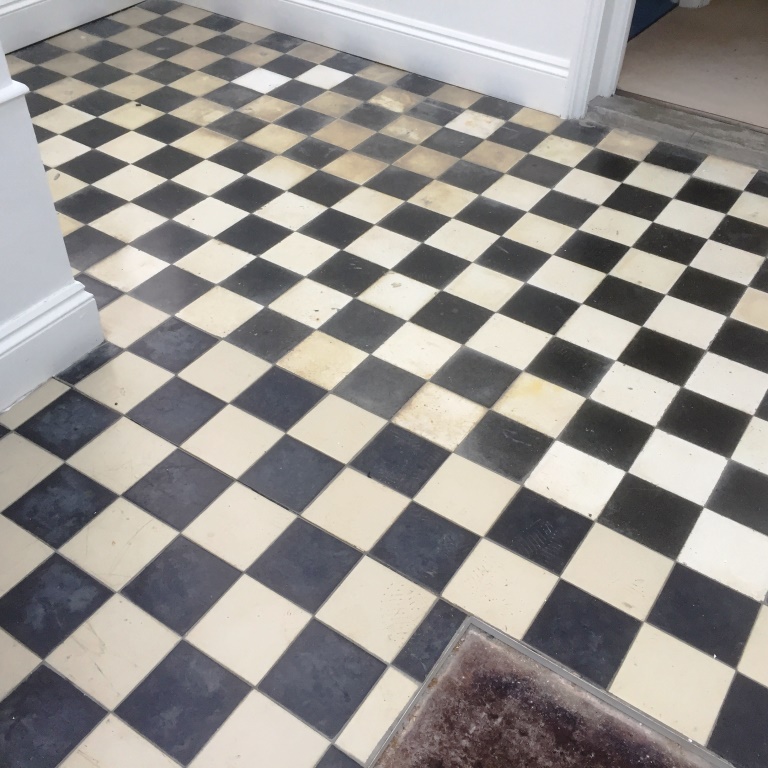 Before beginning the restoration, we confirmed that the stone was actually Marble. We did this by testing the tile with acid, which the tiles responded to since Marble is naturally acid-sensitive. Additionally, we could also see the veins running through the tiles, which you simply would not get with a Victorian tiles.

Chemical cleaning had no effect on this floor, so it’s understandable that my client’s attempts at cleaning with everyday household products were unsuccessful. With this type of stone the only method would be to burnish the floor with a set of diamond encrusted pads.

I started off by using a Medium 800 Grit burnishing pad to no avail, followed by a Coarse 400 Grit burnishing pad, which was also unsuccessful. It was only when I used an even coarser 200 Grit pad that some improvement was shown, and it was a very abrasive 100 Grit pad that finally started to achieve the right results. After breaking down all of the dirt, I reverted back to a very fine 1500 grit pad to give the tiles an aesthetically pleasing, light sheen. You use the pads with a little water which lubricates and allows the resultant slurry to be rinsed away.

The floor was then allowed to dry overnight and upon my return, I treated the black Marble Tiles with Tile Doctor Stone Oil, which gave the stone its deep black shine you can see in the photo.

Final step was to seal the Marble floor using two coats of Tile Doctor Colour Grow which is an impregnating sealer that seeps into the pores of the tile enhancing colour and protecting the floor from staining from within. 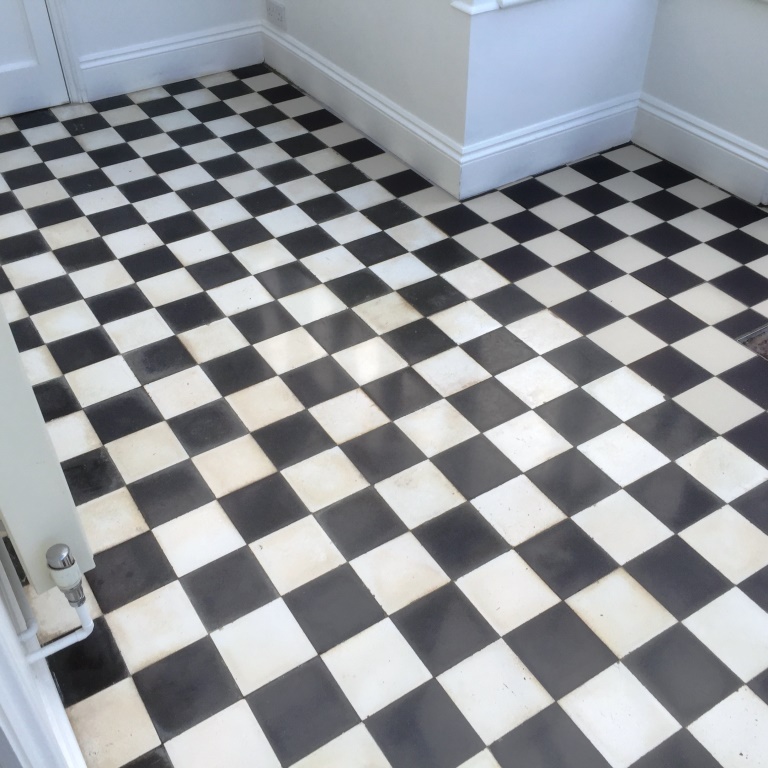 The floor now looks fantastic and back to how it looked when it was first installed.